Views from the North

It's a peculiar thing that, in many years of holidays first with family and later not, I'd never actually made it to the English Lake District. Angela had, but it was a long time ago, and some of her photographs back then had accidents when being developed. So, in mid-May, we spent just over a week rectifying those omissions. I've just finished putting the better photographs we took on that trip up on my Flickr account.

Unfortunately, we didn't pick the one week in May when the weather was actually passable, but we weren't there to walk long distances, and we were working on the principle that it's the Lake District; if you don't get rained on a bit, you're doing something wrong.

And my general conclusion; it's actually an advantage while up there not to be a particular devotee of the Romantic poets (or John Ruskin). It lets you take the area as it comes, admiring some superb scenery and general picturesque-ness as you stumble across it without feeling obliged to drag round a lot of peculiar little cottages or play spot-the-daffodil.

(Though we did accidentally encounter the spot where Dorothy Wordsworth found a lot of nice daffodils, before her brother nicked her diary entry and put it in verse. We weren't there in daffodil season, though.) Also, Wasdale does the "magnificently bleak" thing superbly, and has a good pub at the far end.
Posted by Phil Masters at 6:45 pm 1 comment: 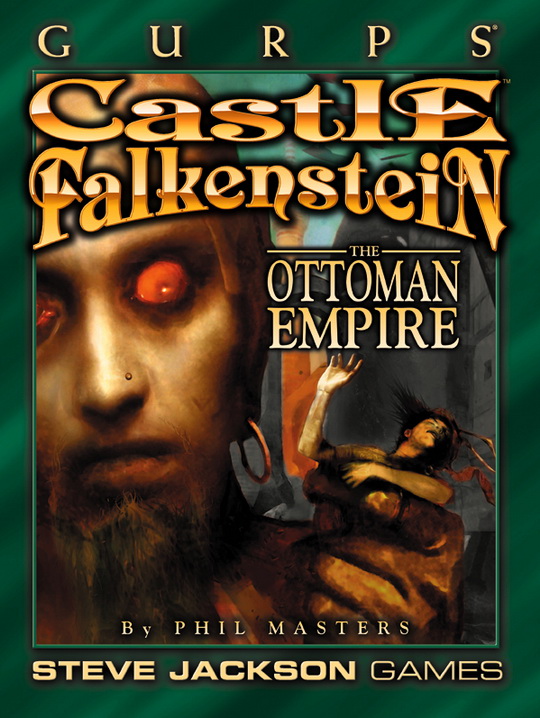 Like most Falkenstein game material, this book entangles a fair amount of authentic 19th century history with a lot of rather gonzo steampunk high fantasy. The difference is that I was working with the history of the last years of the Ottoman Empire, which got rather gonzo in its own right, by most rational standards, as well as being as depressing as a lot of history when you look closely. Ottoman Turkey really was an archetypal totally screwed-up ancient empire on the slide. That makes it an interesting place to visit, but you really wouldn't want to live there.
The book itself is almost interesting in its way, because it follows the original Castle Falkenstein standard presentation style of including a lot of first-person setting fiction. (That's not Steve Jackson Games' house style, but the book was originally written for R.Talsorian. The Designer's Notes explain.) Come to think of it, Ottoman Empire may represent the single largest work of fiction which I've ever had published, interwoven with the games stuff. Which is probably either cool or sad. Very possibly both.

I did have some fun deciding what to put into the "Cinema" section of the bibliography, I must admit.
Posted by Phil Masters at 9:47 am No comments: